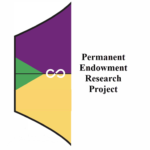 The Permanent Endowment Research Project was initiated in 1981 to develop an evidence-based, guaranteed-outcome planning program that could perpetuate donors’ values through inter-generational multiplication of their endowment gifts to family members and to 501 (c) 3 non-profit organizations.  The two questions the Permanent Endowment Research Project sought to answer were:  1.  Is there a way that productive individuals could perpetually multiply savings not needed to finance lifestyle costs through their life expectancies, to support values that were important to them, to their families, and to society? and, 2.  Could a planning program be created that could maximize the efficiency, control, and safety of the intergenerational multiplication of these surplus savings for the benefit of productive individuals’ families and/or for the benefit of 501 (c) 3 non-profit organizations that perpetuated value systems of importance to productive individuals, to their families, and to society?

Research project findings identified the certainty of human mortality as a constant on which perpetually multiplying endowment funding could be developed.  Further research identified the legal reserve life insurance industry’s capacity to define human economic value and monetize it through guaranteed outcome permanent life insurance.  Mortality gain, the difference between the cost of permanent life insurance and the death benefit received by the policy beneficiary provided exponential leverage that would exceed after-tax compound interest growth.

Research project findings also determined that un-monetized human economic value was a wasted human resource.  Findings of the Permanent Endowment Research Project identified the significance of this waste of human economic value to society and developed the Permanent Endowment Program to monetize this under-utilized human resource to fund societal needs.  The Permanent Endowment Program was developed to mobilize this resource to create perpetually multiplying, intergenerational endowment funding for families and for 501 (c) 3 non-profit organizations that provide the caring infrastructure of society.  A variation of the program could also be used to fund governmental entitlement programs.

The Permanent Endowment Program multiplied an initial charitable gift by a donor by allocating those funds to acquire mortality gain contracts on individuals affiliated with a selected 501 (c) 3 non-profit organization that supported values that were important to the donor, to the donor’s family, and to society.

The initial Permanent Endowment Program pilot project participant was a 40-year old endodontist who had accumulated surplus savings as a participant in the capital accumulation planning program developed by the Economics of Life Research Project that exceeded the amount of savings that he needed to finance his lifestyle costs through his life expectancy.  He was appreciative of the opportunity that the dental profession had provided to him that had enabled him to achieve financial independence in 11 years of private practice.  In 1981 he expressed an interest in creating a Permanent Endowment Program through a gift to the Florida Dental Association that would fund paid-up mortality gain contracts insuring the lives of the organization’s trustees.  Their deaths would begin the intergenerational creation of endowment funding for the Florida Dental Association.

A meeting was scheduled in Gainesville with the trustees of the Florida Dental Association to arrange for the gift and initiate the first Permanent Endowment Program.  During the meeting the trustees angered the donor by questioning his motives for such a large gift, inferring that he had a self-promotion reason for his generosity.  The offensive nature of the trustee’s comments angered the donor and caused him to walk out of the meeting.

The donor decided that the state dental association was too far removed from the needs of the dentists it purported to represent to qualify for his endowment gift.  Several months later he instead made gifts to endow the Pasco County Dental Society and Pinellas County Dental Society, independent Florida dental organizations that served dentists in areas of the state where he maintained private practices.  Within a week of the completion of the acquisition of mortality gain contracts insuring the lives of officers of the county dental societies, a trustee of the Florida State Association contacted the donor to inquire whether his offer to endow the state association was still open.  The call was too little and too late.

During the remainder of the 1980’s productive individuals who were participants in financial planning programs developed by the Economics of Life Research Project, had accumulated surplus savings, and developed a desire to perpetuate institutions that were important in their lives funded Permanent Endowment Programs for Loma Linda University School of Medicine,  Concordia University of Irvine (CA),  the athletic department of the University of Nevada at Las Vegas,  Idaho State University, Brigham Young University, and Virginia Commonwealth University to create the Philips Cancer Research Center.  In addition, other productive individuals who participated in the financial planning programs funded global pilot project Permanent Endowment Programs for church related schools in Russia, and for medical clinics in the Philippines, in India, and in other parts of the world.

The Permanent Endowment Research Project created economic education programs on its findings regarding the creation of perpetually multiplying funding in support of values that were important to physicians, dentists, and other productive individuals.  These programs were presented to members of local, regional, and national professional organizations throughout the remainder of the 1980’s and the 1990’s.  During this time period the Permanent Endowment Research Project continued its research to identify or create financial instruments that could be acquired by productive individuals to integrate financial instruments providing solutions to personal financial planning needs with the creation long-term endowment funding for organizations supporting values of importance to them.

In 1997 a tax law modification redefined long term care insurance as health insurance, which made possible the purchase of long-term care insurance with tax-free compensation by employees of “C” tax status employers.  A full return of premium long-term care insurance product was developed by a major U.S. insurance company which refunded 100% of the tax-free premiums paid by employer to a named beneficiary upon the death of the insured.  This 100% refund of premiums could be allocated to a favored 501 (c) 3 non-profit organization to fund the creation of a Permanent Endowment Program.  This application of findings of the research project prevented losses of millions of dollars of endowment funding for families and 501 (c) 3 non-profit organizations during the late 1990’s and early 2000’s.  The evidence-based integration of a productive individuals’ financial stability and asset protection planning needs with their value system endowment planning objectives is the Permanent Endowment Research Project’s unique area of expertise .

Currently the Permanent Endowment Research Project is completing a study concerning the use of leverage by productive individuals to multiply endowment gifts to their families and to 501 (c) 3 non-profit organizations.  A new leveraged endowment program that has been developed is scheduled to begin pilot project testing as a component of the Permanent Endowment Program in 2020.